Congratulations to all the winners in the 2020 Oceania DX (OCDX) Contest and thank you to everyone who participated in this 75th running of the event, which was originally initiated by the WIA and NZART in 1935 as the VK/ZL International DX contest.

We had an amazing turnout despite the mediocre conditions and lack of DXpedition activity due to COVID travel restrictions. A total of 1603 logs were submitted, consisting of 897 Phone logs and 706 CW logs, which is 300 more than the previous record of 1303 logs in 2017. So this was the biggest OCDX party ever and a great way to celebrate the 75th anniversary!

Participation was up across most continents and countries, including new records for the number of logs from Indonesia and the Philippines in both the Phone and CW sections, North America in the CW section, and Japan and West Malaysia in the Phone section. The increased participation can probably be attributed to a combination of the following factors:

Although solar flux levels continued to be depressed, geomagnetic conditions were quieter than in recent years and there was also less QRN than usual from lightning storms in Oceania.

It was great to see the contest attracting new faces to have a go at HF contesting, even if only to make a one or two QSOs. David VK3RU says “I only made one contact, but this was only my second CW contact on HF ever and certainly my first CW contest” and Ben VK6NCB says he “struggled with local noise but made my first DX SSB contacts”. Congratulations David and Ben and we hope to see you again in 2021!

Not surprisingly, the lack of sunspots along with the ability to claim 5 points per QSO meant that most of the action was on 40M. The next busiest band was 20M, followed by 15M. The few QSOs on the 10M band were generally limited to contacts between Oceania stations and with Asia. The 80M and 160M bands were hard work during the Phone section but played reasonably well during the CW section, including a good 160M opening to North America. K5ZD reckons he has “never heard VK so loud on 160M” and K1GQ sums it by saying “Amazing low band conditions, awful high band conditions but still fun after 50 years!”

As expected, the COVID constraints on travel meant that most of the Oceania activity was limited to the more common Oceania entities, i.e. Australia, Hawaii, Indonesia, New Zealand, and the Philippines. However, logs were still received from some of the rarer countries such as Brunei Darussalam, East Malaysia, Guam, and New Caledonia.

See the 2020 OCDX contest charts for a detailed analysis of the participation and conditions in the 2020 contest and trends over recent years.

The detailed line scores for all the entrants in the 2020 contest, including information about the equipment and antennas used and soapbox comments, are presented here:

There were plenty of impressive efforts and scores achieved in the 2020 contest. Summaries of all the winning entries, and those which also set new records, can be found here:

Dave KA6BIM and Igor RT0F deserve special mention for winning the SO ALL HP category in both the Phone and CW sections – for North America and Asia, respectively. This is the second year in a row that Dave has achieved this feat.

station from the air

view to oc with snow

The Australia Club plaque is awarded to the local club from Australia with the greatest number of member stations making at least 50 valid QSOs in the Phone or CW sections in the contest. The Eastern Mountain and District Radio Club (EMDRC) is the 2020 winner of this plaque after managing to wrestle it away from the Geelong Amateur Radio Club which had previously held the plaque for 7 years in a row. Both clubs had 3 eligible entries, but the EMDRC achieved a higher total score. The EMDRC entries were from VK3TZ (PH and CW) and VK3AVV (PH).

The New Zealand Club Competition plaque is awarded to the local New Zealand NZART Branch, DX club, or contest group with the greatest number of members making at least 50 valid QSOs as a single operator in the Phone or CW sections of the contest. Unfortunately, there were no organisations with enough eligible entrants in the 2020 contest.

Note: Australia and New Zealand entrants are again reminded to use the Cabrillo log CLUB: field to identify their membership of a relevant organisation for the purpose of awarding these plaques. Most Australian and New Zealand logs for the 2020 contest did not identify membership of any organisation. See the AUSTRALIA Club Plaque rules and NEW ZEALAND Club Competition Plaque rules  for more information about which clubs and organisations are eligible.

Newcomer plaques are awarded to the highest scoring new entrants from Oceania in the Phone and CW sections. The rules define a newcomer as an entrant who has not previously entered the relevant section (in any category) more than twice since the 2001 contest. Eligibility is limited to entrants who have not won any other plaques or trophies in the same section (either in a previous year or the current year). Congratulations to Ross ZL1N for winning the 2020 Phone newcomer plaque and Lars ZL1IF for winning the 2020 CW newcomer plaque.

Note that plaques for the 2020 contest have been awarded in accordance with the new 12b rule, i.e. if an entrant is eligible to receive multiple plaques in a hierarchy, they only receive the plaque for the highest level that they win. The plaque inscription will include the details of any lower-level plaque categories that they have won. The lower-level plaques will be awarded to the runner-up entrants in those categories and the inscription on those plaques will state that they are being awarded to the runner-up.

The ongoing sponsorship of plaques is also important for maintaining and growing interest in the contest. New sponsorship offers are always welcome and anyone who is interested in becoming a sponsor should contact the Contest Committee. The cost of sponsoring a plaque is currently AUD 50.00 per annum to cover the expenses associated with the manufacture and delivery of each plaque.

This year a new plaque was kindly sponsored by Diane Main VK4DI and Bill Main VK4ZD for the highest scoring YL “young lady” entrant from Australia in any of the single operator Phone categories. Congratulations to Catherine VK7GH as the inaugural winner of this plaque.

We are also grateful to the Australian Ladies Amateur Radio Association (ALARA) for sponsoring two new YL plaques in the 2021 contest and aimed at further promoting YL activity. The new plaques are:

In the 2020 contest we trialed the bringing forward of the contest start and end times by two hours (from 08:00 UTC to 06:00 UTC) to give stations in the Eastern parts of Oceania (e.g. New Zealand and Eastern Australia) more time on Sunday afternoon to pack up and travel home (for those operating portable stations) and to recover from their efforts, noting that the next day (Monday) is also a working day for many entrants.

The earlier start and end times seem to be appropriate as 2020 participation was well up on previous years and we have not received any concerns from entrants about the change. Given this outcome, the Contest Committee has decided to continue with the earlier times and the 2021 Oceania DX contest will be held over the first two full weekends of October at the following dates and times:

The 2021 Oceania DX Contest rules will be released in the next couple of weeks. We hope to see you all on the air in October! Any queries should be emailed to info@oceaniadxcontest.com .

We also take this opportunity to welcome Grant VK5GR to the committee as our new Webmaster. Grant and the AREG team have already done a fantastic job of rebuilding the web site, including updating the content and making it more accessible with a fresh look and feel (thanks Grant!). At the same time, we thank Gary ZL2IFB for all his valuable support as our Webmaster and Marketing Manager since 2015. Gary had to step back from the committee and these roles in 2020 due to other priorities. In the meantime, Martin VK7GN, one of our existing committee members, has kindly agreed to pick up the lead for coordinating our marketing work.

Finally, and most importantly, thank you again to everyone who participated in the 75th contest and made it such a huge success. We look forward to seeing you all again, along with more new entrants, in the 2021 event. 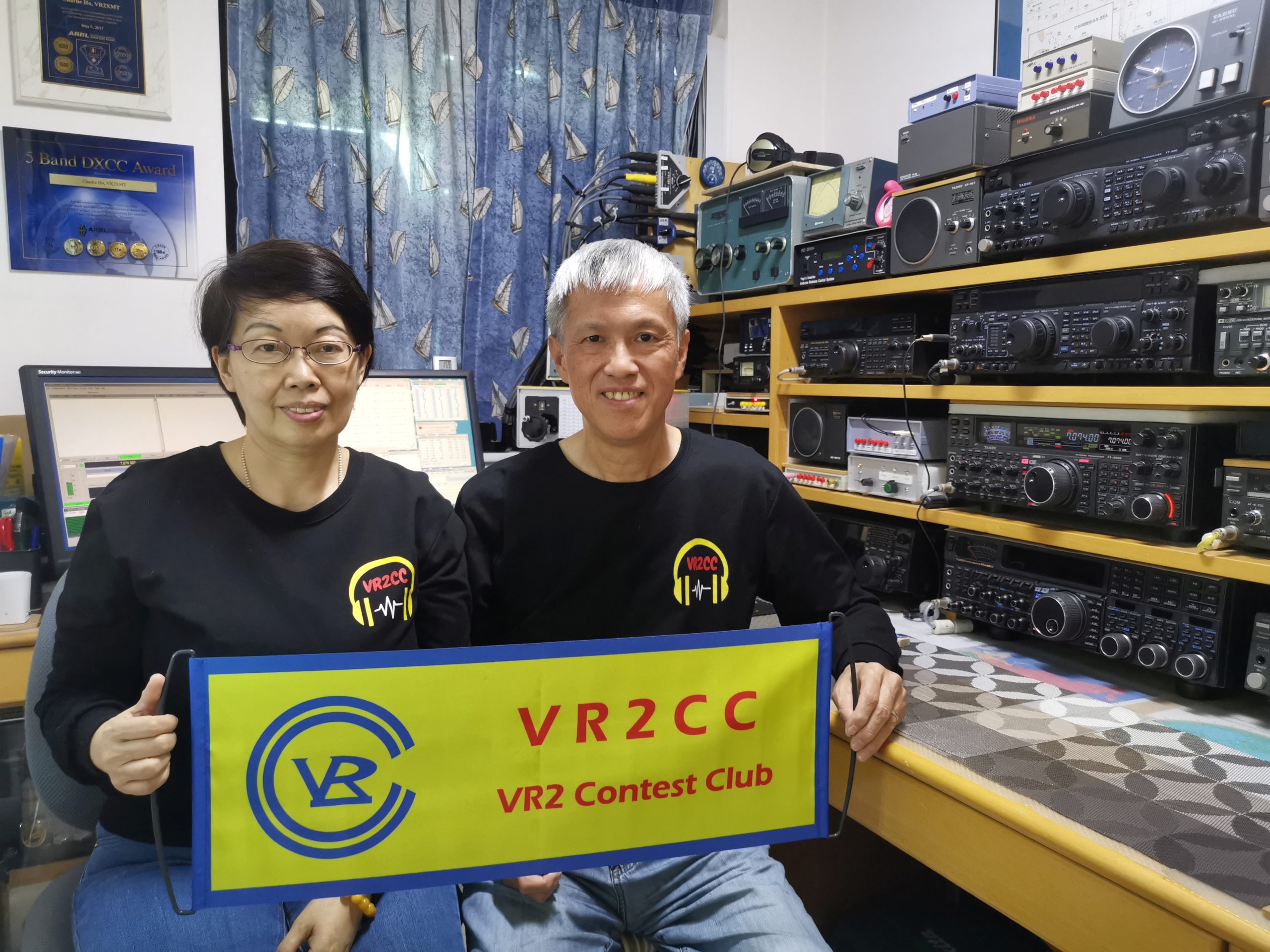